Trees in January; how best to celebrate a visit to the top?

Posted on January 13, 2013 by kelstonroundhill 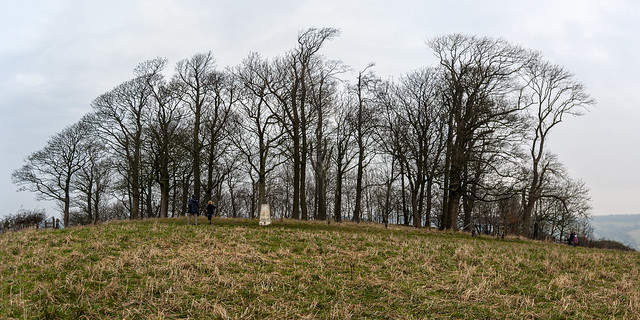 The colours are quite different. It shows the clump as a vulnerable integrated whole, blasted by south westerly winds into a single shape as the trees eke a life out of thin soil doing a little bit to protect each other.

The planned work to restore, replace and protect the trees on the clump is all the more urgent given the sinister new threat to the UK’s ash trees, which are an important part of the clump. The circle of  of woodland itself will have to be fenced off to recover.

The permissive paths, which run around the edge of the circle of trees, will remain unaffected.

Another thing is it’ll be necessary to persuade visitors to stop lighting fires.  But what are the less destructive ways to mark a special visit: have a fag? Do some Tai Chi? It’s great when people take photos and share them (belated thanks veloden!) Martin at ARC suggests starting a cairn. Volunteer needed to select the location and place the first stone.

2 Responses to Trees in January; how best to celebrate a visit to the top?